Entering the final day three shots behind leader Callan O’Reilly, Houston fired an impressive 8-under 64 to finish on 17-under, recording a four-shot victory over fellow Victorian Jack Wilson and Queenslander, Taylor Macdonald. 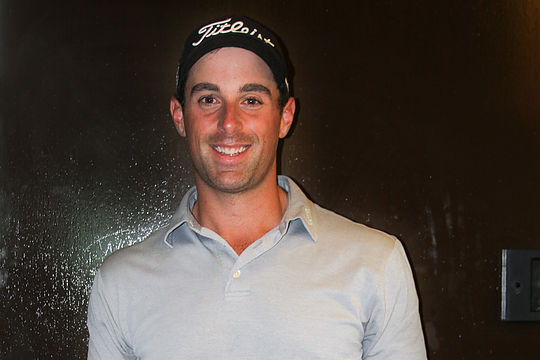 After an opening par, Houston produced five birdies in six holes in a round that eventually included seven birdies, one eagle and a lone bogey on the par-three 11th.

“It’s the first event I’ve won as a Pro, even though it’s Q-School, it’s still a good feeling,” Houston said, “I went to China Q-School last week and missed out and came home feeling pretty down on myself.”

“Jack and Callan had been playing really well all week and I’d assumed they’d be three or four-under, so I just kept trying to push and push and not stall. They are tough holes coming in and I just had to hit good shots.”

With this first place finish, Houston receives Tournament Exemption Category 7 (a) on the PGA Tour of Australasia for the duration of the 2016 season. His first tournament will be the Oates Vic Open at 13th Beach Golf Links outside Geelong next week.

A playoff was required to determine positions two through five, with Jack Wilson (13-under) Taylor Macdonald (13-under), Matthew Giles (11-under) and Chris Gaunt (11-under) rounding out the top-five.

Players ranked two to five will be placed in Exemption Category 10 for the duration of the 2016 season and are expected to gain starts in all State-Based Championships, as well as having a strong chance in gaining spots in a number of tier one tournaments.

Those players ranked 6 to 40 – including former PGA TOUR winner Nathan Green – will be placed in Exemption Category 13 for the duration of the 2016 season.