How hard is to Monday Qualify on the PGA Tour?

Hacking around our local courses, we all dream about it, right?

I’m talking about rolling up to an event on the Monday before the serious stuff, pre-qualifying for the event – and going on to win it. 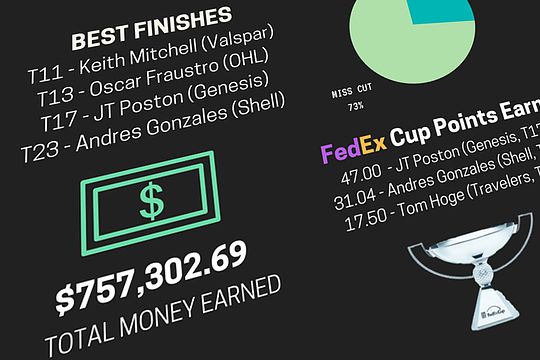 How hard is to Monday Qualify on the PGA Tour?

Of course I’m kidding…it’s all but impossible and the figures show just how difficult it is to get into these elite events.

For example at one US Tour event, the Monday qualifier for the Shell Houston Open earlier this year, 34 players shot 67 or better and five guys 64 and didn’t even qualify for the Big Show.

How dirty would you be? You play some of the best golf of your life and it doesn’t even rate a mention.

Here’s worse news…of the 95 players that earned spots in PGA Tour events via Monday qualifiers this season, their scoring average was 65.88.

I don’t know about you, but that counts me out.

Actually four players shot 62s to qualify and only four of them managed to finish in the top 25 later that week.

Best of those was Keith Mitchell, who grasped his chance and finished in a tie for 11th at the Valspar Championship, which was his PGA Tour debut.

Even seasoned veterans like former US PGA champion Y.E. Yang as well as Ted Purdy and Chase Seiffert deserve some praise for their efforts in making it through Monday qualifiers three times this year.

That might sound impressive until you work it out and note they have made less than $8000 each on average in those starts.

One tour pro has actually suggested these 18-hole qualifying events, which usually offer four spots in a field of 140 to PGA Tour pros, should be made even tougher by not allowing “anybody with $450 and a USGA Handicap Index of 2 or better” to enter.

That would certainly torpedo a few of the dreamers.