Huntingdale returns to the spotlight at Vic PGA

One of Australia’s most iconic tournament venues is preparing for a return to the spotlight.

Huntingdale, the host of the Australian Masters for more than 30 years, has been named as host club for the 2015 Mercedes-Benz Truck and Bus Victorian PGA Championship. 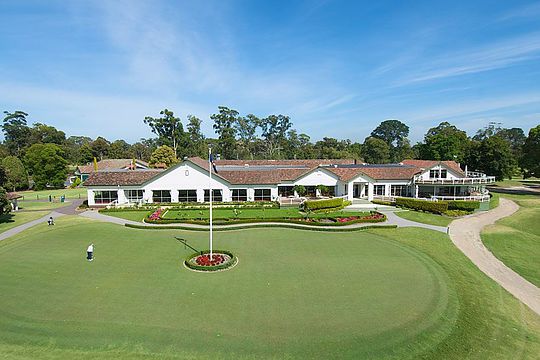 Now sporting a new clubhouse, Huntingdale will no doubt remind us it is among Australia’s best courses when the PGA is played there from February 10-13, 2015.

PGA of Australia chief executive Brian Thorburn was thrilled to announce the return of Huntingdale to the “action”.

“Mercedes-Benz Truck and Bus has partnered with the Victorian PGA Championship to present one of our oldest tournaments, which over the years has boasted winners like Peter Thomson, Kel Nagle, Peter Senior and Stuart Appleby,” said Thorburn.

“To have this championship continue its tradition on one of Australia’s greatest courses is a real coup for the event.”

Another innovation for the event in 2015 will be a new format, based on the successful AT&T Pebble Beach National Pro-Am in the US where the first three rounds are played in a pro-am format providing amateur golfers the opportunity to play inside the ropes at a PGA Tour of Australasia event.

Partnering the 92 professionals, 92 amateurs will compete over two rounds in a best ball modified stroke format, with the top-40 pairs progressing to the third and final round of the SEN Challenge.

The top-50 Professionals and ties will make the 36 hole cut for the Championship proper.

Playing individual strokeplay, they will compete alone over the final day for the Mercedes-Benz Truck and Bus Victorian PGA Championship title and their share of the $100,000 purse.