Australia’s Brad Kennedy has claimed his third top-four finish in four starts at the ASO IIZUKA Challenged Golf Tournament on the Japan Tour after settling for joint runner-up to Tomoyo Ikemura at the ASO Iizuka Golf Club in Fukuoka on Sunday.

Kennedy fired a final round seven-under-par 65 to finish at 22-under only to be pipped at the post by Ikemura, who fired a closing round of 68 to secure a wire-to-wire one-shot victory. 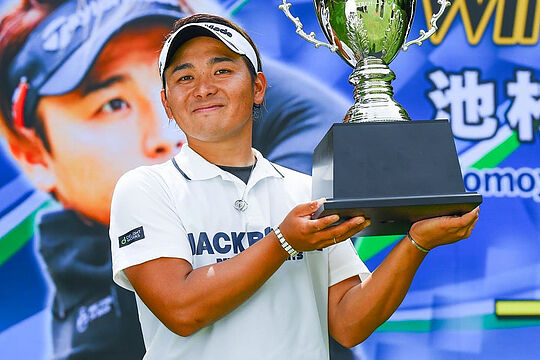 The 47-year-old Australian, who was chasing his fourth Japan Tour title, reached the halfway stage at the ASO Iizuka Golf Club on 12-under to be just one shot off the leader Ikeura before Ikeura fired closing rounds of 66-68.

“My game is very good at the moment,” remarked Kennedy.

“There are some very good swing thoughts, and I feel comfortable contending. I just need to find a few more chances. The course this week, you really had to shape your ball, which is what I love doing. The greens were great. I kept attacking but came up just short. I’m happy with my process this week, and I just need to work on my wedges, which is normally my strength.”

Kennedy has been on an eight tournament schedule in Japan since early April and will skip the Japan Players Championship in a fortnight to prepare for the Open Championship at St Andrews.

Adam Bland rounded out the Aussies making the weekend but finished well down the leaderboard. Brendan Jones missed the weekend along with Dylan Perry, Andrew Evans, Matt Griffin and Anthony Quayle.