Ilonen posted a final round 69 to win by three shots with a 21-under par total in superb conditions on the Bro Hof Slott course in Stockholm. 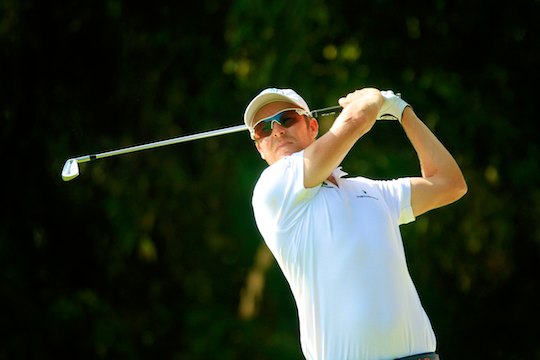 It is the 33-year old’s first victory since capturing the same event in 2007.

“It’s pretty special and to bounce back this soon after a couple of seconds this year is really good,” he said.

“It’s been a long time since I last won but I haven’t forgotten how it felt. In life there are ups and downs and I’ve found a better balance now. Life is good, my family is good and golf is alright, so I can’t complain.”

Ilonen, who had contested 126 Tour events since his last win, set up victory with a course record equalling 63 on day two of the event before moving two clear of his rivals following a third round 65.

The former British Amateur champion commenced the final round with back-to-back birdies at his second and third holes but then pared the next in a row.

The Finn earned a first prize cheque of Euro 250,000 to move into fifth place on the European Tour Race to Dubai while he has also earned invitations to contest the WGC – Bridgestone Invitational in Ohio and the WGC – HSBC Champions in Shanghai later this year.

Sweden’s PGA Tour based Jonas Blixt finished second shooting a final round 68 for an 18-under par total.

Italy’s Matteo Manassero, who had led the first two rounds, faded over the weekend to eventually share fourth place on 16-under par.

England’s Ross Fisher returns to the PGA Tour and this week’s Fedex St. Jude Classic in Memphis, Tennessee buoyed by a best last day of 64 to finish eighth on 15-under par.

“I’m very pleased as I played really, really good and it wasn’t a bad 64 considering I didn’t have my first birdie to the sixth hole,” said Fisher.

“So it’s nice to finish off positively and a round like this has been coming for a while, and all I needed to do is get the flat stick working which is what happened.

“I’ve got Memphis next week and I’ve never played there before so all bodes well after finishing strongly here in Sweden.”

Andrew Dodt finished the best of the small Australian contingent at T44 with the help of two aces in his second round of 65. Richard Green was the only other Aussie to make the cut and closed the weekend in T59.