(Palm Beach Gardens, FL:) South Korea’s Sungjae Im celebrated his 50th start on the PGA Tour in driving off with a maiden PGA Tour victory at the Honda Classic.

The 21-year-old came from three shots back at the start of the final round to win by a stroke from Mackenzie Hughes with a 4-under 66 and a six-under par total on the PGA National course at Palm Beach Gardens.

“Even after winning Rookie of the Year and having a few chances to win, I really wanted to get that win,” he said.

“I had a few good chances that slipped away, but I’m also still very grateful that I could win at such a young age, and to have it happen as fast as it did, I’m very happy.”

Im was voted 2019 PGA Tour ‘Rookie of the Year’ and was also a member of the International Team that went within a whisker of success at Royal Melbourne, and he is now the fourth member of Ernie Els’ side to win on the PGA Tour.

Tommy Fleetwood let a good chance at his first PGA Tour title go begging in finishing just two strokes shy of a potential playoff in outright third place with a lack-lustre final round 71.

“I’m disappointed now. I tried my hardest, got close, getting closer, getting better, and — yeah, it’s disappointing,” said Fleetwood.

While it was only a few years ago that we were heralding the arrival of a new generation of golfers including the likes of Justin Thomas and Jordan Spieth, it seems the game’s future is still in great hands. 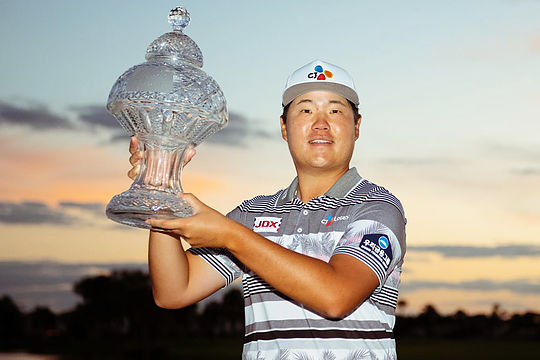 With his third top-3 finish this season, Im moves to No. 2 on the FedExCup leaderboard and sits just 135 points behind current leader, Justin Thomas.

Cameron Davis took the Aussie crown this week with an impressive T8 for his second top 10 of the season.

Following a string of missed cuts late last year, Davis hasn’t finished out the top-40 since the start of the year and the consistency is starting to pay off with a move to No.80 on the FedExCup rankings.

Matt Jones was next best in a tie for 47th followed by Cameron Percy in equal 61st place while Greg Chalmers had the weekend off.