Hot on the heels of the US Team, International Presidents Cup captain Trevor Immelman has named his four assistant captains for this year’s Presidents Cup.

Immelman, who is taking over the reins from Ernie Els for the first time, has stuck with stalwarts Geoff Ogilvy, K.J. Choi and Mike Weir, who assisted alongside the South African at the last Presidents Cup in 2019. 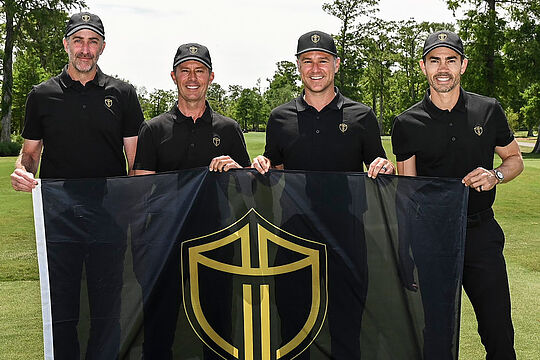 Colombia’s Camilo Villegas will be making his debut in the assistant’s role. The 40-year-old played in just the one event in 2009 where he finished without a single point.

“Bringing in Camilo as my fourth assistant captain feels like the absolute perfect way to round out my selections,” said Immelman.

“He is still competing on Tour, so he is closely in-tune with all the players and trends in the professional game.”

As for Ogilvy, he is confident that the International players that came up just short of a victory against Tiger Woods’ US Team in 2019 have improved substantially over the past three years.

“After getting a glimpse into the future of our team in 2019, I am very excited to return as a captain’s assistant in 2022,” Ogilvy said.

“The collection of international players has only had time to improve and that is evident when you look at guys like Cameron Smith, Hideki Matsuyama and Joaquin Niemann, who have had tremendous success on Tour in the last year. I can’t wait to see what they bring to the table under Trevor’s captaincy.”

The matches will tee off at Quail Hollow Club in Charlotte, North Carolina from September 22-25, 2022.