The ‘forgotten South African major champion’, Trevor Immelman, holed a 12-foot birdie putt on the 72nd hole to win the Hotel Fitness Championship and wrap up his PGA TOUR card in the first of four events in the new Web.com Tour Finals.

Immelman posted a final round 66 at Sycamore Hills Golf Club in Fort Wayne, Indiana to finish at 20-under, one shot clear of 54-hole leader Patrick Cantlay, who missed a chance on the last to force a playoff with the 2008 Masters champion. 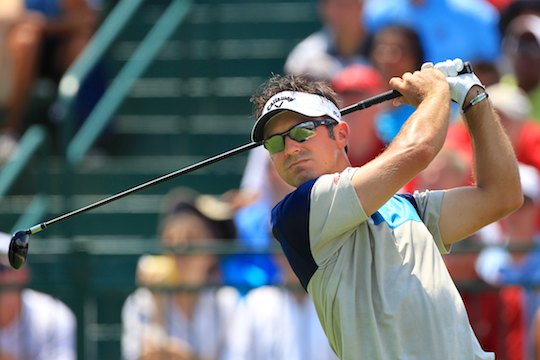 “There’s no doubt this is huge for me. It’s been a long, frustrating road for me,” said Immelman, who accepted the tournament’s own winner’s green jacket at the trophy presentation.

“It was so disappointing to lose my card. I’m not going to lie, I’ve struggled since 2008. I’ve been wondering if I’d be able to get back to playing the way I know I can play.”

Aussie Scott Gardiner (68) and Kevin Kisner (70) tied for third, two shots back while John Peterson (64) and Bud Cauley (69) were three off the pace.

Immelman had made just 12 of 24 cuts this year and his lone top-10 effort was a T9 at the RBC Heritage.

“I started playing much better the last couple of months but ran into some troubles here and there on the weekends,” he said.

“I started seeing so many nice signs that this may be turning around. To be honest, up until this week the only real positive I could take out of it was that I am injury free.”

The top 25 on the Web.com Tour money list last week after the Cox Classic already earned PGA TOUR cards for the 2013-14 season, while Nos. 26-75 are fighting with Nos. 126-200 in the PGA TOUR’s FedExCup standings for 25 additional cards in the four-event Web.com Tour Finals series.

With the $180,000 first-place cheque, Immelman is guaranteed a card while Gardiner’s $58,000 cheque has him well placed to regain his card after playing on the PGA TOUR for the first time in 2013.

The second event of the Finals series is this week’s Chiquita Classic in Davidson, North Carolina.