Impressive field tees it up for 90th NSW Open

Over the past few days, Sydney has copped a weather beating like nothing seen for years as torrential rain and strong wins have wrecked havoc with tournament organisers at the NSW Open.

Pre-qualifying was forced to be cancelled and grounds staff at Concord Golf Club are working overtime to get the layout ready for Thursday’s start. 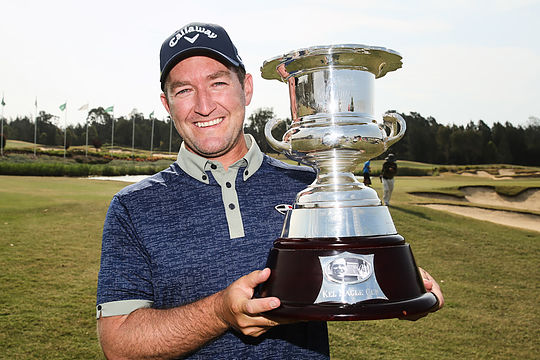 The NSW Open with prize money of AU$400,000 has attracted a stellar field including defending champion Josh Younger, who has returned to see if he can make it two wins from two starts with world number 163 Brad Kennedy looking to collect another Open title.

Ten current and former champions are playing at Concord to mark 90 years since the running of the first NSW Open Championship.

Golf NSW has worked tirelessly to ensure its premium championship remains on the map with the NSW Government committing $2.1 million to the event to ensure the championship’s rich history continues.

Concord Golf Club has hosted the NSW Open an impressive ten times with Greg Norman making the tournament his own during the 1980s winning at the venue an impressive three out of five times the event was staged there.

The championship was founded in 1931 with the first tournament played at Manly Golf Club with Charlie Gray winning in a playoff. Many of the greats of Australian golf have won the title including Norman Von Nida, Kel Nagle, Peter Thomson, Greg Norman and Craig Parry.