Versailles, France: Scott Hend has been rewarded after missing out on qualifying for the recent U.S. Open with a place in next month’s Open Championship at Royal Troon.

It will be only Hend’s third appearance in golf’s oldest Major after first competing in 2005 and then last year, and both times on the Old Course at St. Andrews. 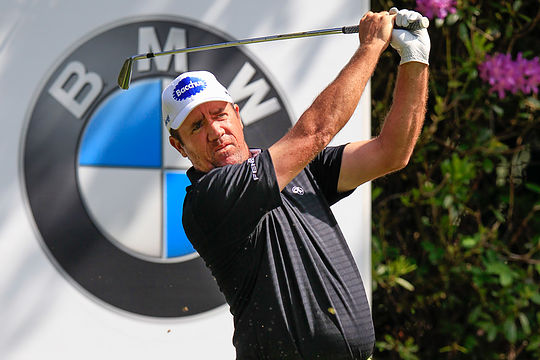 Hend was among 11 players handed Royal Troon tee times by the R&A yesterday off the World Rankings, and surprisingly to those ranked 58th to 78th on the rankings.

American James Hahn, who is ranked 58th, was top of the list, while compatriot Tony Finau picked up the 11th place as presently ranked 79th in the world.

Hend missed the cut in Sunday’s concluding BMW International Open to drop one place on the rankings and now the World No. 75 but it was still good enough to receive a place in the 145th staging of golf’s oldest Major.

And it will make up for the disappointment of missing out on qualifying for the recent U.S. Open with Hend, who had led going into the last round of the BMW PGA Championship, letting his emotions get the better of him a day later in the 36-hole Oakmont qualifier at Walton Heath.

“After what happened the last day at Wentworth I just wasn’t in a right place mind-wise teeing up at Walton Heath but those days can happen in this game,” he said.

“So after missing out on playing the U.S. Open and to be now contesting The Open just shows how amazing this game we play can be.”

Hend is among just a handful of players this season to have won twice having captured both his victories in Thailand including the True Thailand Classic in March, a co-sanctioned Asian and European Tour. Then after failing to qualify for the U.S. Open Hend went back to Thailand to capture the Asian Tour’s Queens Cup for his ninth Asian Tour triumph.

And in winning for a second time this season in Thailand the Townsville-born Hend, who now lives in Ponte Vedra, Florida, joined World No. 1 Jason Day and 2013 Masters champion Adam Scott with two victories this year.

“I have been playing very well and I’ve had a lot of wins in the last four to five years but unfortunately those wins have not been in a Major or a WGC such as what Jason and Adam have achieved,” said Hend.