Min Woo Lee has continued his recent run of good form to share the round one lead at the Australian PGA Championship in Brisbane.

Lee along with fellow Western Australian, Jason Scrivener, and John Lyras fired rounds of 6-under 65 at Royal Queensland to take a one shot buffer into Friday.

“My attitude the last few months has just been to have fun,” said Lee. “I love to show off and inspire little kids and do that I think it’s a pretty good attitude the last couple of months and I’ll just keep doing that.” 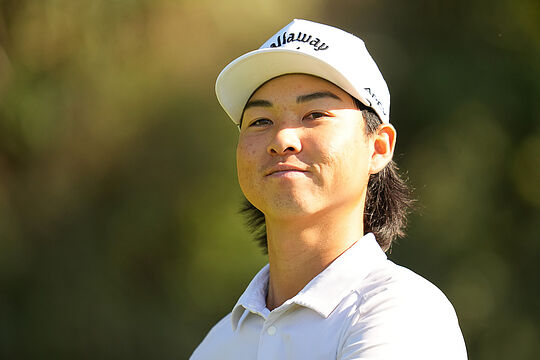 World No.3 Cameron Smith, who played alongside Scott, closed in a share of 14th place on 3-under and three off the pace.

The early morning crowds proved that golf fans were hungry for the return of big name players to our shores after three years of COVID restrictions.

“It was incredibly early but as we were kind of walking to the tee, people were streaming out to the golf course and so they should, it’s great to see everyone coming out,” said Scott.

“Obviously it’s exciting that Cam’s coming home to play off the back of the year that he’s had and we had a strong group, Foxy as well has played great and I’m the third wheel there.”

Scott, Smith and Kiwi star Ryan Fox will head off in the afternoon field tomorrow from 11am with Smith and Fox, who signed for a jet-lagged 1-over 72, needing to post solid numbers heading into the weekend.

Play resumes at tomorrow with David Bransdon, Deyen Lawson and Marcus Fraser heading out from 6am.