Queenslander Daniel Nisbet is confident his game is on track to do justice to his status as defending champion for the 100th New Zealand Open in Queenstown starting tomorrow.

The Australian is one of 12 former champions to contest the New Zealand Open which is co-sanctioned with the ISPS HANDA PGA Tour of Australasia and Asian Tour played across both The Hills and Millbrook Resort. 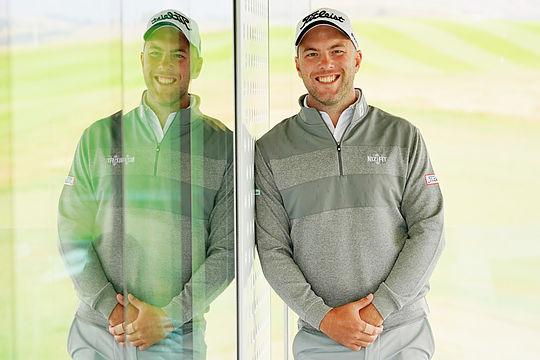 The 28-year-old, who stormed to a tournament record 27-under par to hold off veteran Terry Pilkadaris last year, comes off a victory at last week’s Queensland PGA Championship.

“It is nice when the form comes in at the right time. I played pretty well over the summer. I just had to tweak a few things and I think we have made the right choices and changes with my game to hopefully be in contention again this year,” said Nisbet.

The Queenslander said the win opened up opportunities for him, although a lack of consistency at the end of the year cost him further honours on the ISPS HANDA PGA Tour of Australasia Order of Merit.

“There is so much to play for – the European Tour access, there’s different tournaments you can qualify for like WGC and Dunhill Links and others, all these events that come off the back of finishing high on the moneylist. That is about being consistent throughout the year.”

He is excited about coming back to Queenstown and the New Zealand Open, where the final two rounds will be at The Hills this year after Millbrook Resort hosted last year.

“Obviously we played Millbrook more last year so I have a bit more experience there but I also played well at The Hills and I like this course.”

“I just hope I can be in contention at the end of the week.”