Four missed cuts and a best result of 38th at the CJ Cup were in stark contrast to past years where the three-time major winner had dominated fields to amass $42 million in career prize money and reach World No.1. 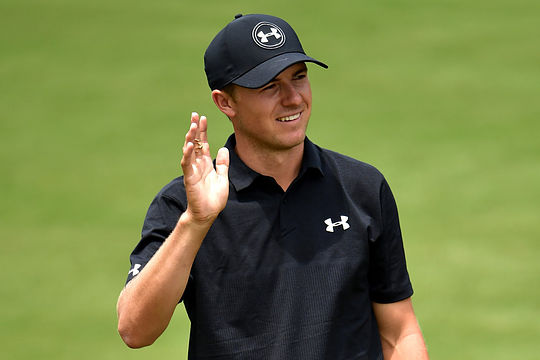 However, a share of 4th place at the Phoenix Open back in early February signalled a change in form and a T3 a week later at the AT&T Pebble Beach Pro-Am followed by a 15th placing at the Genesis Invitational proved that it wasn’t just a fluke.

Ironically Spieth’s prior run of poor play ruled him out of last week’s WGC-Workday Championship at a time when he may just have been able to contend.

So while the 27-year-old has never played in the Arnold Palmer Invitational he knew he needed to keep things moving forward by showing up this week for the first time in his career.

“I was really close but didn’t quite get in last week and wanted to kind of keep the momentum going. And I’ve never played here…because of the West Coast Swing into the World Golf Championships and then into the Texas events, into the Masters, it’s just, you got to take a week off here or there sometimes,” said Spieth.

“And this year, without being in last week, I thought this week would be a really good opportunity to play a difficult golf course. And honestly, I haven’t had much success at The Players Championship, so being able to get some reps and continue trying to work hard on the game leading into The Players could really help next week as well.”

Like most players, Spieth was a huge fan of Arnold Palmer – both off and on the course.

“I’m going to go look through Arnold’s office for the first time after this, which will be really neat for me. I was very fortunate to be able to meet and spend a little bit of time with Arnold Palmer before he passed, and he certainly was a role model,” Spieth said of 62-time PGA Tour winner Palmer, who passed away at the age of 87 in 2016.

“[He] not only kind of taught us how to be our own brand and be able to go out and seek — he was the first one to really go out and seek endorsements and kind of look at himself as a brand, but also the way he treated people and the way that he was, he had Arnie’s Army and the way that he was involved, and he knew he was an entertainer and lived it to its fullest while still being a fierce competitor.”

Spieth will tee off alongside Justin Rose and Bryson DeChambeau, both runners-up here in 2013 and 2018 respectively.