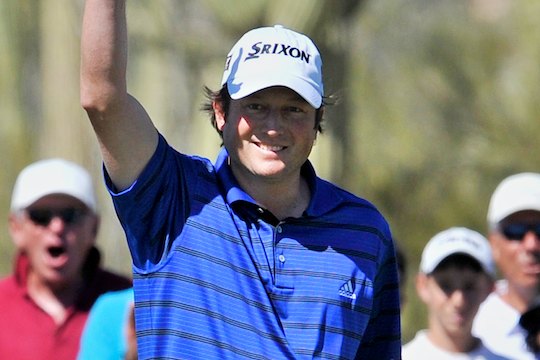 “Tim brings a lot of Presidents Cup experience to the position, having been a member of three previous International Teams, including the one I captained in 2009, where he was an inspiration to all his fellow team members for his performance and incredible team spirit, which is so vital in seeking a victory,” said Norman.

“When he and I spoke a few weeks ago, he confided in me on the status of his medical dilemma, and I quickly realised he would not be able to compete due to pending surgery that is necessary for him to return to his winning ways.”

“With this, I came to the conclusion after consultation with (my assistant) Frank (Nobilo), that he would be an enormous asset to me, Frank, and to the team in the role of captain’s assistant.”

Clark made his Presidents Cup debut in 2003 when he was selected as a Captain’s Pick by International Team Captain Gary Player. Overall, Clark has compiled a 5-2-8 record in the three Presidents Cup competitions.

“It was a tough decision to accept that I would not be able to compete at Royal Melbourne later this year due my elbow surgery,” said Clark.

“But my spirits took a turn for the best when Greg asked me to join him and Frank Nobilo as a captain’s assistant.”

“If I can’t swing the club myself to help the International Team achieve a victory, I’ll certainly do all I can in the team room to help the rest of my fellow players.”

This marks the first time that each captain will have two official assistants, a change that was announced in March 2010 when Fred Couples and Norman were named captains again for 2011.

Couples, the captain of the U.S. Team, will bring back Jay Haas and Michael Jordan as his two captain’s assistants from the victorious 2009 team.