Injured Thomas returns to PGA Tour at The Memorial

He was a notable absentee as Brooks Koepka ran riot at the US PGA at Bethpage Black.

Now former major champion Justin Thomas has declared he’s ready to resume battle with the best players in the world and is expected to play in this week’s The Memorial Tournament, where Jack Nicklaus acts as host at Muirfield Village in his old tome town of Dublin, Ohio. 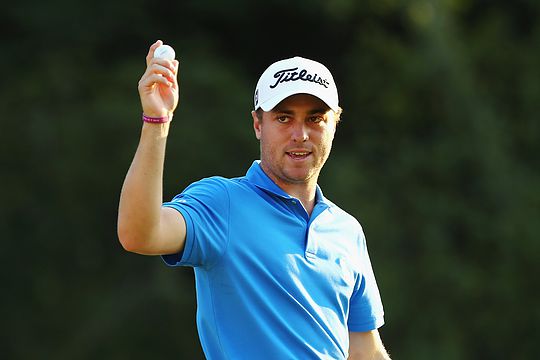 Thomas injured his wrist and shoulder during the Honda Classic in March and has struggled since.

And he won’t find the going that easy this week either as Tiger Woods as well as recently-deposed world No 1 Dustin Johnson, defending champion Bryson DeChambeau and big guns like Justin Rose and Phil Mickelson have declared they’ll be teeing it up at “Jack’s event”.

Nicklaus has already indicated his pleasure at seeing 26-year-old Thomas’ name among the candidates.

“Terrific to see Justin Thomas back from injury and in the Memorial field,” tweeted Nicklaus.

“[He’s a] great young man who I have been fortunate to get to know well.”

“Good opportunity to congratulate him on launching the Justin Thomas Foundation, helping children in need, junior golf and military families!”

The course at Muirfield Village certainly fits Thomas’ eye: He finished in the top 10 there in 2017 and 2018.

Thomas hasn’t completed a full competitive tournament since the US Masters, where he finished tied for 12th.

He pulled out of the PGA Championship due to his ongoing wrist injury after also missing the Wells Fargo Championship at Quail Hollow.

It seems his wrist and shoulder were injured when Thomas hit a tree while playing a shot at the Honda Classic and although he went on the complete the event, did finish in some pain and eventually faltered to finish in a tie for 30th behind first-time winner Keith Mitchell.