Maybe they were inspired by their countrymen retaining the Ashes on the cricket field.

Either way the golfers from the UK were in sensational form at last month’s NSW Amateur. 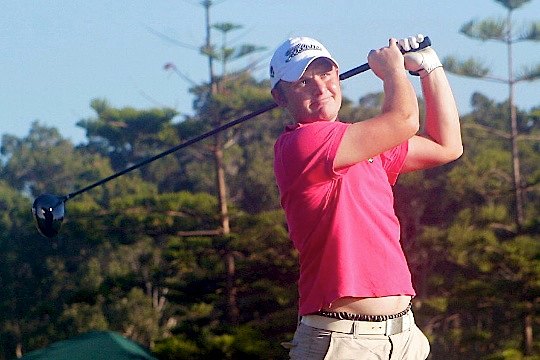 Andy Sullivan, from the Nuneaton Golf Club in Warwickshire, England, secured a convincing victory in the 2011 NSW Medal at Cumberland and Liverpool Golf Clubs, finishing an impressive 17-under after the four rounds of play, winning the event by four shots.

Runner-up was another Englishman, Jack Senior (Haysham Golf Club) who played consistently over the four rounds and would later go on to win the even-more-prestigious Amateur title the following week.

The English duo lead from the front on the first day of play, Senior began in stunning fashion to lead the 280-strong field with a seven-under-par 65 around the Cumberland layout, while Sullivan shot a six-under-par 66 on the same course to sit in second place.

On an exceptional second day of play, two more players blitzed the field.

His round included two eagles on the second and ninth holes and five birdies.

Not to be outdone, Sullivan shot eight-under-par at Liverpool, a former NSW Open venue, which saw him take a share of the lead with Higginbottom.

Both players were then sitting on an astounding 14-under-par after two rounds, with their nearest rival seven shots behind.

Yet it was the consistency from Sullivan over the last 36-holes which saw him pull away from the field to collect the title.

Higginbottom eventually finished in fifth place on a countback, with 11-under.

Despite being nine shots off the leaders going into the final day’s play, Senior played some great rounds over the last 36-holes with scores of four-under-68 on both rounds to finish with 13-under overall and runner-up on a count back.

The English players really excelled in the event, with four of the top six place getters all from the UK.

The 2010 Champion of Champions was played in conjunction with the first 36-holes of the NSW Medal.

With a field of 52 contesting the title this year, it was Grant Thomas from Moore Park GC who took the title, finishing with a strong score of six-under overall.

Pipped at the post was Brett Drewitt (Long Reef Golf Club), who finished with five-under.

Luke Humphries (Pymble GC) was a further two shots behind with three under, to finish third.