Internationals keen to end US dominance

One thing can be said about the Presidents Cup. The United States have dominated the event. 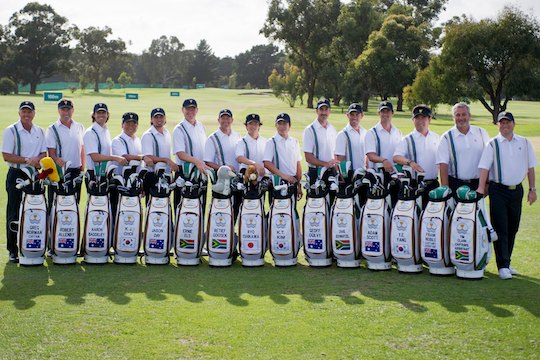 The format for the competition is slightly different from the Ryder Cup with play over four days rather than three.

Proceedings commence on Thursday with six foursomes matches, then there will be six fourball matches on Friday. Saturday sees five foursomes matches followed by five more fourballs. On Sunday 12 singles matches will be contested – so a total of 34 points will be up for grabs.

The Americans have lost this event just once since it began in 1994. The United States leads the series by six and a half to one and a half.

The US have never won the Cup on foreign soil losing in Melbourne in 1998 and securing a draw in South Africa in 2003.

Returning to Royal Melbourne for the first time in 13 years with much fanfare and ceremony, expectations are high for the Internationals to repeat the events of 1998.

It was at Royal Melbourne where the International team handed the United States its worst loss in any team competition.

The score was 20½ – 11½, which meant that the cup was secured when Nick Price beat David Duval in just the second of 12 singles matches on the final day.

Local knowledge is bound to be a factor this week at Royal Melbourne with Norman’s group including five Australians.

Yesterday Norman spoke of his team’s desire to end its woeful record at the Presidents Cup.

Asked whether the International team needed to lift their game, Norman said: “I know my guys are getting sick and tired of getting beaten.”

They are supported by David Toms, Hunter Mahan, Phil Mickelson and Steve Stricker.

Couples came under fire for confirming Woods, without a win for two years, as one of his captain’s picks months before the cut-off date, but the former number one went some way to vindicating his selection against a strong field in Sydney last week.

Woods has a superb Presidents Cup record with 18 wins from 30 matches. In the last Presidents Cup at Harding Park in San Francisco, Woods won all five of his matches, four of them by impressive margins.

The International team is the favourite this week because of perceived home advantage.

As the US captain, Fred Couples pointed out that most of the previous Presidents Cup events have been played in North America. Couples’ aim is to win the cup outside of North America for the first time.

The fact the USA has such a stellar record at the Presidents Cup is giving Couple’s team a lift, yet he is wary of any complacency creeping in this week.

“We know what we’re up against and it’s going to be tough,” says Couples.

“Keep an eye on Matt Kuchar. I think he could be a star this week. He’s eating up the team thing. Plus, he’s been playing great all year. But we all know we have our work cut out for us. We want to have fun, obviously, but winning is fun.”