Considering once upon a time women were excluded from competing at all, it’s safe to say the Olympics have made significant strides in gender equality in the time since.

And so it should be as sexism is not something the Olympic committee, or any organisation for that matter, can afford to be associated with. 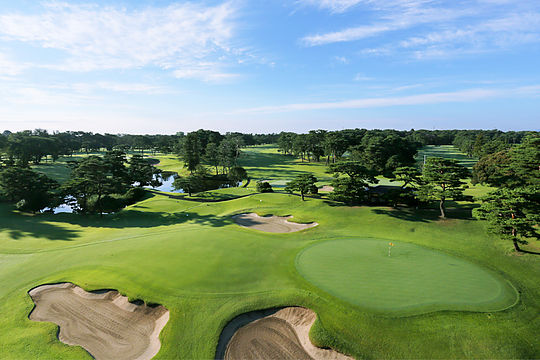 Which is why they’ve issued officials at Kasumigaseki Golf Club with an ultimatum – change the existing membership policy to allow women…or lose your spot in the 2020 Olympics.

Kasumigaseki Golf Club is currently set as the host course for the upcoming Tokyo Olympics, but the club only allows women to play the course during weekdays and on Saturdays.

They are excluded from playing entirely on Sundays, and are prohibited from becoming members.

Last month the club was supposed to vote on changing the rule to allow female members, but instead officials opted to postpone the vote, with the head of the club’s board of directors insisting the controversy was a “nuisance”.

IOC vice president John Coates was in Tokyo this week and indicated that further delays on the matter would not be tolerated.

“At some point, there has to be a cut-off,” Coates told the Associated Press.

“Image-wise, our position is clear. We will only go to a club that has non-discrimination.”

Such regressive policies seem almost non-existent in this day and age, and considering the current price of membership ($105,000) it’s hard to imagine why the course would want to turn down anyone who was willing to pay.

Coates indicated the IOC would need Kasumigaseki to change its membership rule by the end of June in order to retain its status as host site.

“It’s possible to go elsewhere, but I think this is going to work,” he said.

“It’s heading in the right direction for them to have a non-discriminatory membership procedure.”