Is the European Tour bubble starting to take its toll?

Looking down the leaderboard at the European Tour Andalucía Masters, it’s hard not to notice that four players retired during different stages of their first rounds while a fifth withdrew without even teeing-up on the tight and unforgiving Valderrama course.

Given the tough, windy conditions it would seem normal but taking a closer look, all four players who retired did so not after their round but during the course of their opening rounds. 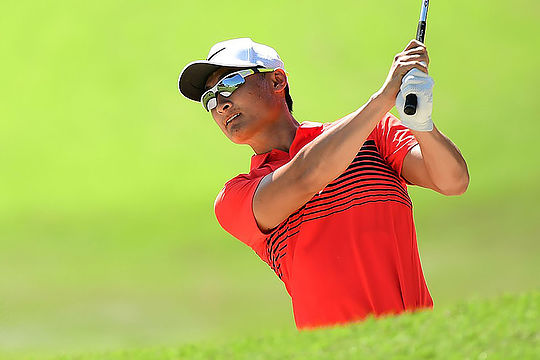 England’s Jordan Smith withdrew at 11-over par through 14 holes on Thursday with Norwegian’s 22-year-old Kristoffer Reitan having doubled the 10th hole before announcing to his playing partners he was withdrawing.

American Sam Crocker was seven-over after nine holes and withdrew with the big surprise being China’s Haotong Li, who just a few weeks ago led the PGA Championship heading into the weekend rounds.

Li walked from the Valderrama course at five-over after just three holes after the Chinese No. 1 bogeyed the second and then took a quadruple bogey ‘7’ at the third before calling it quits.

“If people are wondering why I withdrew from this week’s event, the main fact was it was my 7th week in a row and ‘the bubble’ has gotten the better of me,” Smith said.

“Feeling like being in lockdown again not being allowed out the hotel does get to you after a while and mentally I had enough.”

The 27-year old and winner of the 2017 Porsche European Open indicated it was the first occasion he’s withdrawn from a tournament mid-round and apologised to the European Tour and his sponsors for his actions.

Smith has contested all six of the ‘UK Swing’ events making the cut in four with a best finish of T14 at the English Championship.

It’s not known why the other three withdrew or why Zander Lombard withdrew before teeing-off on day one.

Of course, the return to competition at the European Tour has been under the strictest of conditions with players, caddies, media and officials obliged to remain ‘in the bubble’ of the tournament.

This is unlike the PGA Tour where players have not been under such strict restrictions and can now choose where to stay during the week.

That said, American John Catlin found himself disqualified when he and his caddy were caught out in visiting a local restaurant during the course of the English Championship at Hanbury Manor.

Ironically Catlin, a four-time winner on the Asian Tour, won the tournament this week denying major champ Martin Kaymer a chance at his 12th European Tour victory for the second week in a row.