Is the World Cup coming to Australia?

It could be the perfect fillip for Australia’s 2013 summer of golf.

Imagine a heap of the world’s best players heading to Royal Melbourne – or Kingston Heath or Metropolitan of Victoria Golf Club to contest, wait for it, a World Cup from November 21-24, the week after the Australian Masters? 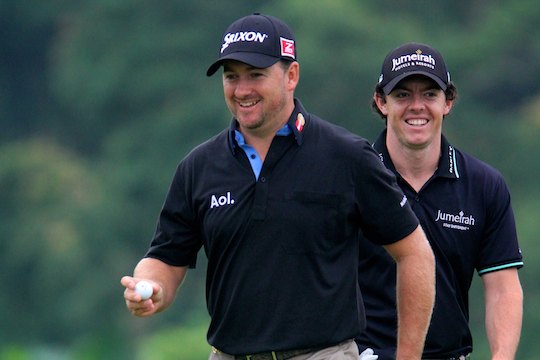 That’s the mouth-watering prospect for Australian fans following news the US PGA Tour has approached a major Australian sponsor to host the event.

The approach has come about because the high-profile event, which has been held at Mission Hills in China since 2007, has lost its major sponsor.

And while Royal Melbourne is rumoured to be the frontrunner to host the World Cup, a lot more will be known after this week’s US Masters at Augusta, Georgia where many of the decision-makers will sit down for to discuss our prospects.

It’s worth recalling that world number two Rory McIlroy, alongside Graeme McDowell has represented Northern Ireland at the past two World Cups.

And Justin Rose and Ian Poulter played for England in 2011 while other big names to compete in China included former world No.1 Martin Kaymer, Louis Oosthuizen, Camilo Villegas, Nicolas Colsaerts and Matt Kuchar.

And just to bring you completely up to speed, the World Cup is about to adopt the same tournament style as the 2016 Rio Olympic Games, where golf will make its return as a medal sport after 112 years.

It seems the 72-hole team and individual strokeplay format needs to be tested first.

Previously only two players per country played, but the Olympic format calls for any players in the world’s top 15 to be eligible, regardless of how many per nation, with the top two scores counting towards the team prize.

That should allow more English and American stars to play in Melbourne as well.