Ryo Ishikawa made certain his return home for just his third appearance on the Japan Golf Tour in 2014 counted with a win at the Nagashima Shigeo INVITATIONAL SEGA SAMMY Cup on the island of Hokkaido on Sunday.

A final round four-under 67 enabled him to tie overnight leader Koumei Oda at 10-under par 274, with the 22-year old going on to prevail in a playoff for his 11th Japan Golf Tour win and his first since the Taiheiyo Masters in late 2012. 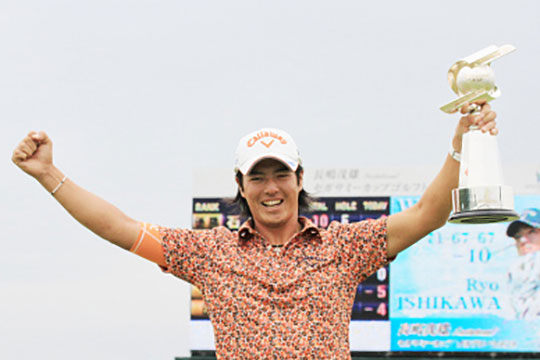 Ishikawa now spends the bulk of his time on the PGA TOUR and has resurrected flagging fortunes with some solid performances over the past few years, despite being overtaken as Japan’s top player in the world rankings by both Hideki Matsuyama and Oda.

Ishikawa has recorded three top-ten finishes on the PGA Tour this season to sit well placed on the FedEx Cup race and a win affirms that he is getting back to the kind of form that had him ranked in the world Top 50 before the age of 20.

Australians Kurt Barnes and Scott Strange had solid weeks and finished tied for 8th at 4-under par, with Brad Kennedy a stroke further back in a tie for 17th.

Canberra-based Brendan Jones returned from a long layoff after wrist surgery and was thrilled to make the cut, shooting his best round of the week on Sunday with a two-under 69 to tie for 44th place.