An injury marred season has become a lot brighter for Japan’s Ryo Ishikawa, with a commanding victory in the KBC Augusta tournament in Fukuoka on Sunday.

The 24-year old, who earlier this week was confirmed as Hideki Matsuyama’s partner for the World Cup of Golf in Melbourne in November, prevailed by five shots from countryman Tadahiro Takayama, New Zealand’s Michael Hendry and Queenslander Brad Kennedy. 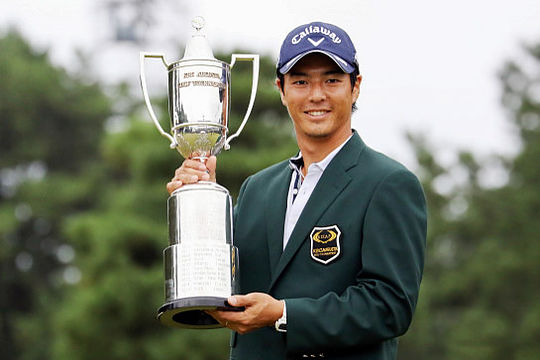 Taking a two stroke overnight lead into the final round, Ishikawa looked to have shrugged off the back injury that has laid him low this season by firing a three-under 69 for a 15-under total for his 14th victory on the Japan Golf Tour.

Kennedy had his opportunities to challenge for a 3rd career Japan Tour title but could only shoot a level par 72 on the final day, mixing two birdies with two bogeys to share second place at 12-under.

NSW’s Won Joon Lee was the next best Australian in a tie for 18th place, ahead of Brendan Jones (T25th) with Matthew Griffin and Aaron Townsend tied for 51st.

The Japan Golf Tour continues at the Fujisankei Classic from Thursday, where Korean K.T. Kim will defend his title from 2015.