It’s been a long time coming but with just weeks to go before the postponed 2020 Olympics gets underway in Tokyo, Japan, the Australian teams have been officially ratified by the IOC.

Minjee Lee will make her return after debuting in the green and gold at the 2016 Rio games while Hannah Green, Marc Leishman and Cameron Smith will be making their Olympic debut. 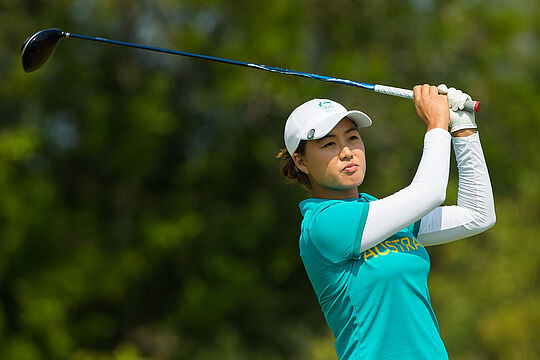 “I’m super-happy to be going to Tokyo and I can’t wait to get there. It’s very cool to have it set in stone after all that time trying to qualify,” said Green.

“In Tokyo there are 60 great players in the field and we’ll be hoping for a good result. I’ve made a point of coming home to get myself rested and prepared so that I can get my best result in Tokyo.”

Queensland’s Cameron Smith was equally excited about the prospect of representing his country.

“Just being a part of the Olympic squad is a fantastic feeling,” Smith said. “It’s something that I didn’t really think that we ever had a chance of doing growing up.

“Any chance I get to put on the Australian flag and put on the green and gold I’m there, I’m super pumped.”

“We’re absolutely delighted to name these four wonderful golfers to the Australian Olympic Team for Tokyo. Congratulations to Minjee, Hannah, Cameron and Marc, it’s fantastic to have you on the Team.”

“We’re so excited to have Golf on the Olympic programme, it will be huge in Japan and there will be millions of Aussie fans cheering them on from back home.”

“Today is a time to celebrate not just for the players but for their family, friends, coaches, supporters and everyone at Golf Australia who has helped them reach this Olympic milestone.”

Golf returned to the Olympics for the first time in 112 years in Rio where Justin Rose won the gold medal with Henrik Stenson claiming silver and Matt Kuchar taking home bronze. Australia’s Marcus Fraser finished the best of the Australians in a share of 5th place.

The golf competition will run from 29 July – 1 August (men) and 4-7 August (women) at the Kasumigaseki Country Club.