It seems only the Road Hole can stop McIlroy

Of course, the same applies in reverse as most of us mere mortals can readily attest. 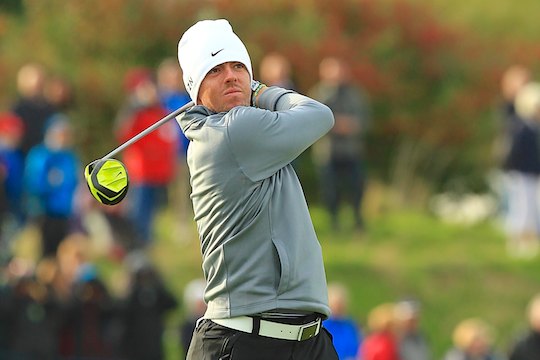 Even Rory McIlroy is not exempt from the fine line between success and at times, embarrassing failure on the course.

Fresh off his lead role in helping Europe secure another Ryder Cup at Gleneagles, McIlroy made the short trip east to Fyfe to play last week’s Dunhill Links Championship at Kingsbairn, Carnoustie and the ‘Home of Golf’, the Old Course at St Andrews.

After an understandably rusty start, the world number one moved into his customary familiar territory towards the top of the leaderboard with a round to play.

Freshly announced earlier in the week as the PGA Tour’s ‘Player of the Year’ as voted by his peers, after a year that included three victories, including the Open Championship, the World Golf Championship Bridgestone Invitational and the PGA Championship in successive starts, McIlroy looked set to add a fourth around the Old Course which had already yielded a 64 to the Northern Irishman the previous day.

Playing the penultimate ‘Road Hole’, one of the most difficult par fours in golf, it was a shock to the system to see the man who has taken all before him this year putt into the Road Hole bunker while trying to skirt the edge in a bid to get close to the pin.

The 25-marker in us all would have smiled inwardly at the simplicity of it all, although McIlroy showed his class by hitting a great shot from beneath the vertical wall of the bunker and holing a five-footer for a bogey.

A birdie at the last would not be good enough to catch England’s Oliver Wilson however, who hung on for his first European Tour win from the depths of an horrendous slump.

As McIlroy knows full well after rounds of 63-80 on consecutive days in The 2010 Open Championship, ‘the Old Course giveth and the Old Course can take away.’