It began with Costantinto Rocca, gained further momentum thanks to the Molinari brothers, Edoardo and Francesco…and now Italian golf has come of age.

The revelation that Italy had won the right to host the 2022 Ryder Cup should see golf boom even further in that country as the sports-mad Italians begin the build-up to golf’s greatest prize. 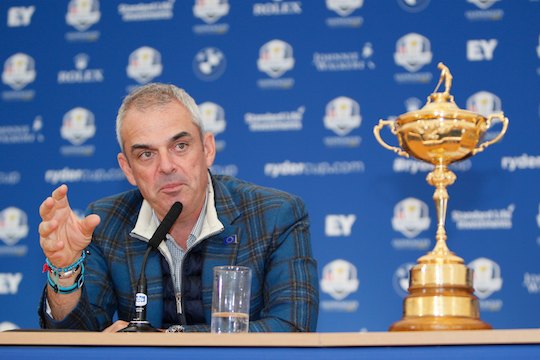 Rome will host The Ryder Cup for the first time with the event to be played at the Marco Simone Golf and Country Club, a mere 17km from the centre of Rome.

It will be only the third time the Cup has been played on the continent of Europe, following Spain (Valderrama) in 1997 and France (Le Golf National) which will host in 2018.

No doubt the Molinari brothers will be desperately trying to qualify, if they are still around in six years’ time, while Cup officials will definitely look at somehow adding Rocca to the mix.

The popular Italian is best remembered for losing a playoff to John Daly at St Andrews in the 1995 British Open and would no doubt be an inspiration as a captain or vice-captain for the 2022 event.

The Cup heads to Hazeltine National in Minnesota next year; France in 2018 and Whistling Straits in Wisconsin in 2020, as host of the biennial contest before Italy gets its chance to shine.