Janzen out of US Open for metal spikes

Old habits die hard – and so, it seems, does wearing metal spikes.

But even with two US Opens to his credit, Lee Janzen couldn’t earn a start this year after being disqualified for wearing metal spikes while playing in the US Open qualifier at Woodmont Country Club in Maryland. 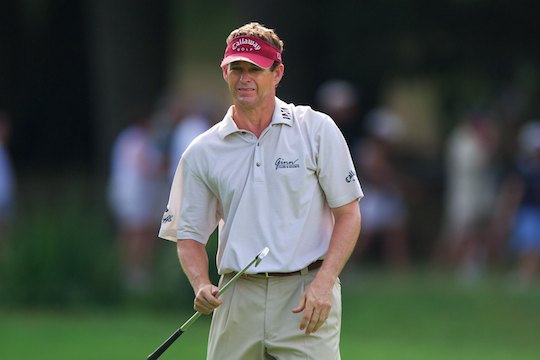 Janzen, 48, had finished his first of two qualifying rounds when he was approached by an official who asked if he was wearing metal spikes.

When Janzen said he was, the tour official gave it to him straight: “He said I couldn’t wear metal spikes and that I was disqualified,” Janzen said.

“I have never not worn metal spikes.”

“I’ve played in US Open qualifiers every year since 2009 in Memphis, Tennessee and Columbus, Ohio and I’ve always worn metal.”

It was later revealed that players had been emailed the course rules on May 20, which specifically stated spikes were prohibited for the qualifying rounds.

“Considering I’ve played professional tournaments every week for 24 years now, I had no reason [to look at the rules sheet] to see if I was conforming.”

Players are still allowed to wear metal spikes at major events, including this week’s US Open, just not at most qualifiers.

And that cost Janzen his shot at a third US Open title.

Janzen won his first US Open in 1993 when he defeated the late Payne Stewart at Baltusrol in Springfield, New Jersey, en route to tying the 72-hole U.S. Open scoring record of eight-under par.

Five years later, he again held off Stewart to win his second US Open, this time at the Olympic Club in San Francisco.