Baba’s victory is also the third largest winning margin in the US Women’s Amateur championship’s history. The 17-year-old is the first Japanese player to claim the championship in 37 years, since Michiko Hattori won it in 1985 at 16. 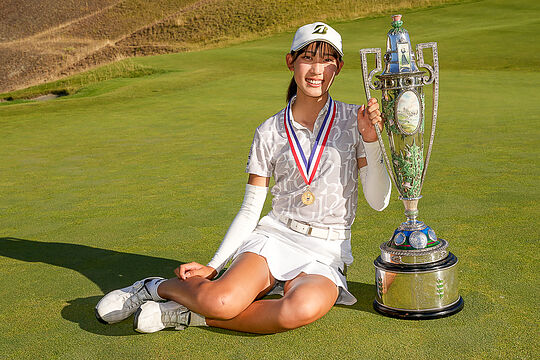 Baba reached the final by beating fellow 17-year-old Bailey Shoemaker from USA 7&6 in Saturday’s semifinal. In a display of her dominance, from the sixth hole in her quarterfinal match, Baba won 28 of the last 49 holes she played, losing only four across that span.

Baba was also one of four amateurs to make the cut in the US Women’s Open at Pine Needles, tying for 49th. She shared medallist honours and reached the round of 32 in the US Girls’ Junior at The Club at Olde Stone.

In reaching the finals, both Baba and Chun have secured exemptions to the US Women’s Open at Pebble Beach in 2023.

Kelsey Bennett lead the way for the Aussies before a narrow defeat up against American Brianna Navarrosa at the 21st hole saw her bow out of the top-16.

Maddison Hinson-Tolchard was the next best of the Aussies going down to Annabelle Pancake in the round of 32.

Justice Bosio missed the +4 cut in the strokeplay event finishing on 7-over.