Japan’s Nasa Hataoka has blasted away the field with a six stroke winning margin at the rain-shortened Marathon LPGA Classic in Sylvania, Ohio.

The event was shortened to 54 holes after a full day of rain left the course unplayable following three rounds. 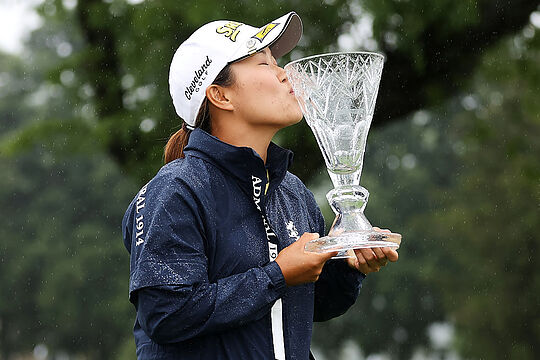 Hataoka was declared the winner, earning her fourth LPGA Tour victory and her first since 2019. She also lost in a playoff to Yuka Saso in the US Women’s Open last month.

The LPGA initially moved up Sunday’s tee times with the weather forecast in mind, but play had to be suspended at 9:40am local time due to inclement weather.

The heavy rain kept players off the course for more than six hours and just after 3:30pm local time, the LPGA announced that the course was being evaluated while more rain fell.

Tournament organisers then announced that finishing the tournament the following day was not an option due to an unfavourable forecast. Hataoka, 22, had led the tournament wire-to-wire with 24 birdies against five bogeys.

Americans Elizabeth Szokol and Mina Harigae tied for second at 13-under-par, with both players earning the best finishes of their LPGA Tour careers.

Su Oh was the best of the Australians finishing in a share of 15th position at 9-under, with Katherine Kirk, Sarah Kemp down the leaderboard.