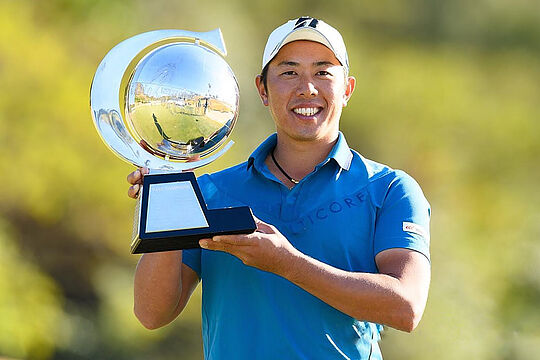 The win also comes off a string of solid performances on the Japan Tour including a runner-up finish at the Mynavi ABC Championship earlier this month and third at the ANA Open back in September.

“It has been two and half years since my first tour victory,” said Horikawa. “I have been suffering putting yips since then. It was really difficult times so made me feel like it was 10 years. I was able to make so many good putts.”

“I started out with three strokes lead, but I knew that there would be so many talented players making charges today. I was nervous and felt unconfident at times, but so many cheering voices supported me.”

The final event on the Japan Tour calendar starts this week at the Golf Nippon Series JT Cup at the Tokyo Yomiuri Country Club with a limited field consisting of the top 30 players from the money list and that season’s tournament winners. No Australians have qualified for the event.

Chan Kim will be looking to make it back-to-back victories having won the event in 2020.