Australia’s Brad Kennedy had his opportunities to get into a playoff at the Golf Partner Pro-Am on the Japan Golf Tour but two late bogeys dashed his chances and he had to be content for 4th place behind winner Japan’s Shugo Imahira.

Kennedy had earlier got off to a solid start in the final round with a birdie on the opening hole before adding three more in succession from the eighth to get to get to 21-under. 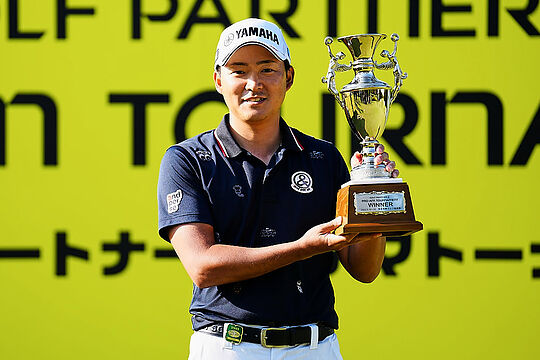 A run of costly bogeys on the 14th and 15th then dashed his chances with him needing to birdie the last to get into the playoff.

The three person playoff was between Imahira, Tomohiro Kondo and Tomoharu Otsuki with Imahira winning the tournament with a birdie on the second playoff hole over Kondo after Otsuki bogeyed the first.

The victory was Imahira’s second in a row on the Japan Tour and takes his total to seven Japan Tour wins having secured the co-sanctioned Asia Pacific Open Golf Championship Diamond Cup last week.

Anthony Quayle finished in a share of 16th position, with Brendan Jones in a share of 22nd. Andrew Evans was equal 37th to round out the Australians who made the weekend. David Bransdon, Adam Bland and Dylan Perry missed the weekend as did Mathew Griffin.

Kennedy’s top-5 is his best finish since a runner-up result at the Golf Nippon Series JT Cup, the 2019 season-ending event.