Japan’s Yuka Yasuda has secured another international victory taking out the Women’s Amateur Asia-Pacific at The Royal Golf Club in Japan on Sunday.

Yasuda, winner of the 2018 Australian Master of the Amateurs, finished at 11-under-par after a final round 7-under 65, to secure an eight-stroke victory over last year’s winner, Atthaya Thitikul, who carded a final-round 71 to finish in second place at 3-under. 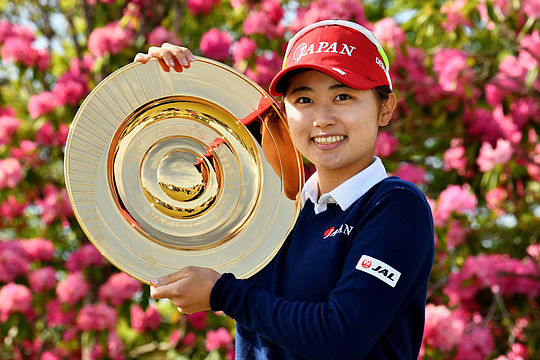 The win earns Yasuda an invitation to two major championships, the AIG Women’s British Open and The Evian Championship. as well as an exemption for next year’s Augusta National Women’s Amateur.

The best of the Australians was Queenslander Becky Kay, who started the day four shots back at even par having moved into contention with a record-breaking 8-under 64 opening round. Kay went on to fire rounds of 79-73-75 to finish at 3-over for a share of 7th position.

“Coming seventh in a tournament where there are the best players in the world, I am stoked,” said Kay.

“I know that I definitely left a few shots out there today. I could have done a lot better on the second day, but that happens. The course was definitely `getable’ – Yuka had seven under, so it was totally getable. Being in contention and all of the media at the event, I’m always just learning.”

Grace Kim was the next best Aussie finishing in a share of 12th position at 6-over with rounds of 70-81-66-77. Stephanie Kyriacou was next in a share of 22nd position at 9-over alongsideDoey Choi with the pair carding an impressive 69 each to be one of just a few who broke 70 on the final day.

Victorian Julienne Soo ended the week on a high with a two-under-par 70, moving her into a share of 32nd. Western Australia’s Maddison Hinson-Tolchard finish tied 40th.