Miguel Angel Jimenez has narrowly defeated Australia’s David McKenzie at the Boeing Classic on Sunday for his third Champions Tour victory of the season and his 12th overall on the seniors circuit.

The Spaniard birdied five of his opening 12 holes to finish on 15-under and hold off a fast-finishing McKenzie who came home strong with a final round bogey-free 6-under 66 to finish two strokes adrift of Jimenez. 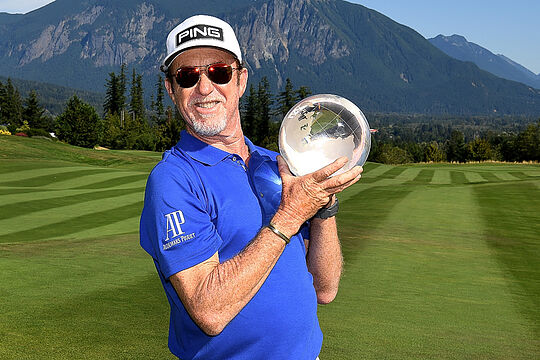 Stephen Ames and Billy Andrade shared third place on 11-under with Kiwi star and Charles Schwab Cup leader Steven Alker racking up yet another top-5 finish on 10-under.

“The key is to be hitting good…and I feel confident with my game. I feel good from the tee and feel good with every club from the bag. And I played very solid. Very, very solid.”

The 58-year-old now has 12 Champions Tour victories including three this season along with his previous 21 titles on the DP World Tour.

Rod Pampling was the next best of the Australians in a share of 8th place followed by Stephen Leaney (T33), Stuart Appleby (T50) and John Senden (T62) in the no-cut 54-hole event.