Later next week, the PGA Tour will finally get back underway at the Charles Schwab Challenge in Texas.

However, the Quad Cities in Illinois will have to wait another year to celebrate the 50th anniversary of the John Deere Classic with news that the tournament has been cancelled by its own tournament officials. 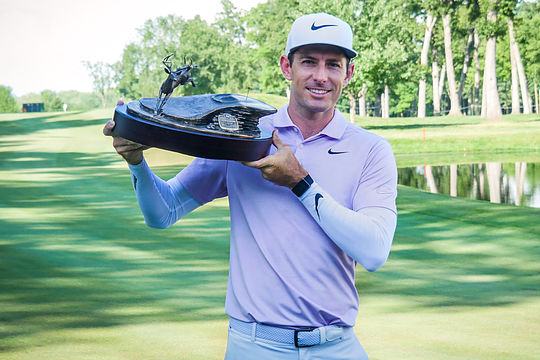 The popular event, which was due to be played July 9-12, would have marked the first time since the pandemic closed down the Tour that fans would be allowed to attend.

The problem is that the return of spectators brings with it significant logistical issues and John Deere officials decided that the risks outweighed the benefits.

“In the state of Illinois you can’t have more than 50 people through the summer, so that’s a big issue. We’re on a property here that has small club house, small parking lots, pretty tough to succeed in addressing all though things that the PGA tour are going to expect for players,” said tournament director Clair Peterson.

“Any version – an event with fans, without fans, something in between – we’re going to lose money. Or do we want to take the long view of this and ensure long-term security.”

The loss of the John Deere event now means that the PGA Tour has had 11 tournaments with just over US$90 million in prize money cancelled.

Although fans won’t be starved for golf in July with the Rocket Mortgage Classic in Detroit earmarked for the week prior followed by the Jack Nicklaus-hosted Memorial tournament, the 3M Open and the WGC-FedEx St. Jude Invitational at the end of the month.