The trio fired rounds of 6-under 66 on the newly opened Kurrai course at Nudgee Golf Club in Brisbane’s north-east. 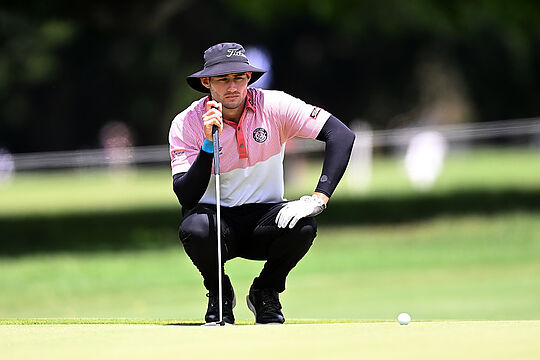 “If anything the past year one of my worst habits was not finishing as well as I was at some point in the round,” said Quayle, who was finished 6th at last week’s Australian PGA Championship.

“I even did that to an extent last week at RQ so it was nice to finish strong and shoot the best score I was all day. I like to play pretty aggressive and I probably had to rein that in at times.”

While better weather is forecast for tomorrow’s second round, the expected strong winds may play havoc with the field across the day.

Play will resume at 6:15am local time and admission is free for all spectators.