The pair put on an incredible display of golf in the benign conditions, both carding 31 a piece on each nine to break the record of New South Welshman Josh Clarke, who had earlier set a short-lived benchmark at 9-under 63. 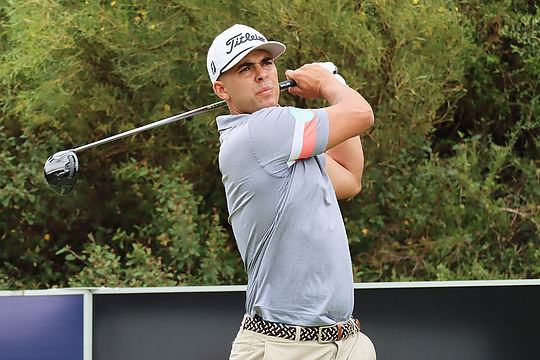 “Today’s conditions were as good as it will ever get down here,” said John, whose previous best score on tour was an 11-under 60 at the 2018 Morobe Open.

“It wasn’t windy so it was a matter of just looking at the holes and if you put a decent swing on it it’s not going to move off line.”

“I knew the scoring was good so I was aware that even though I was probably 5-under pretty early I needed to keep pushing on from there,” said Papadatos.

“It’s a good position to be in but I still had a lot of opportunities so I wanted to make the most of my round.”

Queensland’s Aaron Wilkin closed with consecutive birdies to join Josh Clarke in a tie for third place at 9-under.

David McKenzie, Blake Windred and James Marchesani all sit another shot back on 8-under 64.