Zach Johnson held off a spirited challenge from Jordan Spieth to claim a one stroke victory at the Hyundai Tournament of Champions at the Plantation Course in Maui, Hawaii.

Adam Scott at one stage was a shot from the final round leaders after a eagle on the 15th but closed with a 69 to finish in a tie for 6th, a final hole bogey the only blemish on his card.

Johnson wanted to start 2014 with a PGA win and entered Monday’s final in a tie for fourth after enjoying a three-stroke lead heading into the third round.

Today Johnson pulled away with three straight birdies on the back nine at Kapalua, with his 66 the day’s low round.

Spieth, who had a one-shot lead going into the back nine, played brilliant golf with birdies on his last two holes, but needed an eagle on the last to force a playoff and when his putt fell well short of the hole, victory fell to Johnson. 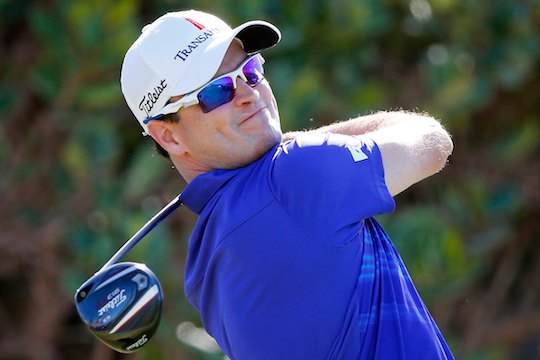 Johnson, 37, is starting his 11th year on the PGA Tour. He has won a major with his 2007 Masters victory, played on three Ryder Cup teams and with the win in Maui takes his PGA Tour wins to eleven.

Today’s victory was Johnson’s eighth come from behind win and since his rookie season in 2004, only Tiger Woods, Phil Mickelson and Vijay Singh have won more PGA Tour events.

It was also Johnson’s third win in his last six starts and last December, he beat Tiger Woods in a playoff to win the Northwestern Mutual World Challenge.

Dustin Johnson, trying to become the third back-to-back winner at Kapalua, fell back early and never quite caught up. He opened with a three-putt bogey and closed with a 73 to finish in a tie for 6th position with Adam Scott.

Last week, Scott narrowly beat Tiger Woods to be named the Male Player of the Year in voting by the Golf Writers Association of America.