Eugenio Chacarra might have won his debut LIV Golf title and the $4 million first prize on Sunday but it was Dustin Johnson, who walked away with much more in Bangkok.

The two-time major champion took out the season-long individual crown and its $18 million prize following his 16th place finish at Stonehill Golf Club in the north of the Thai capital thanks to a WD by South Africa’s Branden Grace due to injury. 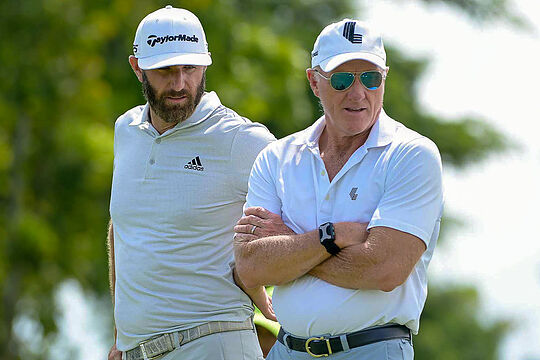 Johnson, who secured five top-10′s including a win in Boston, earned three point for his efforts last week, which placed him on 121 points and 42 ahead of Grace heading to the penultimate LIV Golf event at the Royal Greens Golf & Country Club in Jeddah where just 40 points are on offer for the winner.

“The first chapter of LIV Golf’s history could not be written without Dustin Johnson’s name. By any measure, DJ is among the elite players in the world,” said LIV Golf CEO Greg Norman.

“From the start, he’s been a LIV Golf cornerstone. He has more than lived up to his billing and he deserves immense credit for clinching LIV’s first individual season title. We look forward to a celebration befitting such a champion in Miami at the end of October.”

The South African’s muscle strain after posting an opening 65 in Thailand could turn out to be a very costly injury indeed.