The Masters is back in its traditional April time slot and eighty-eight of the best golfers in the the world are set to tee it up Thursday for the first round.

However, with limited ‘Patrons’ being admitted by Augusta National, don’t expect to hear the roars echo across the fairways, as they have in previous years. 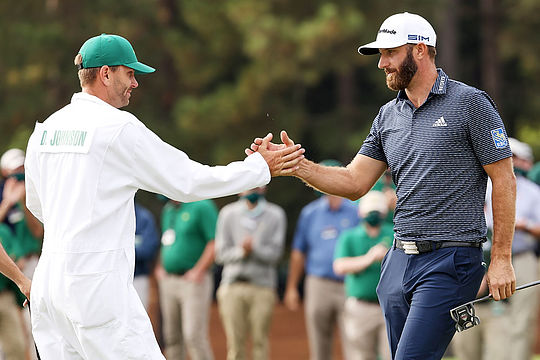 The only Aussie winner of a green jacket is Adam Scott, whose breakthrough came when he defeated Angel Cabrera with a birdie on the second playoff hole back in 2013.

Last November, with the tournament moved to the cooler, pre-winter timeslot due to the COVID-19 pandemic, Smith achieved something never seen at the Masters, shooting four rounds in the 60s before securing tied second, five shots behind the winner Dustin Johnson. Smith also finished 5th in 2018.

“It was pretty crazy to be honest. I was just really doing my own thing. My caddie and I had little laughs out on the course trying to keep it as light as possible, and just tried to apply as much pressure as we could,” said Smith this week on his return to Augusta.

“I think we did a pretty good job, he (Johnson) was just too good.”

Despite a recent run of poor finishes, World No.1 Dustin Johnson comes to Augusta as the favourite given his breakthrough victory here late last year.

Bryson DeChambeau, Jon Rahm and Justin Thomas are all capable of making a Sunday charge. However, World No.2 Rahm is fresh off a week where he became a first-time father and may well have other things on his mind.

DeChambeau has three wins on the tour since the restart and his putting has improved considerably. Given the 27-year-old and defending US Open Champion can rip a course apart with his length off the tee, if his putter is hot he’ll take some stopping.

Yet DeChambeau has never finished better than 29th at Augusta National. He will need to play smart as length is not the only thing you need to have in your ‘A’ game during the week.

Considerable attention will be on Jordan Spieth following his win last Sunday in Texas.

It was Spieth’s first PGA Tour win in nearly four years since The Open Championship in 2017 and the 2015 Masters champ will need to deal with any demons he has with the back nine at Augusta.

In 2016, Spieth opened the Masters with a bogey free 66 and was leading by a stroke after the third round. In the final round after leading by five strokes heading into the back nine, Spieth suffered one of the biggest collapses in Masters history and losing to Danny Willett by three strokes.

This Masters will be different to what we saw last November. The course will be firmer which will accentuate the humps and bumps on the greens. It will see better shot making on display, rewarded by undulations that steer the ball towards the cup, yet penalise those who don’t play smart.

And Adam Scott agrees after completing his practice round on Monday.

“From Monday, the greens are fiery, almost all of them. Usually in the past when it’s been good weather, you’re kind of lulled into a false sense of security Monday, Tuesday, Wednesday around here and then they cut your legs out from under you on Thursday and you’re scared every chip shot and all of a sudden downhill putts are running to the edge of the green and stuff like that.”

“That’s what was happening out there. Looked like it was at a really tournament length, the grass around the greens and the firmness and the speed of the greens had that brown tinge on it. If that’s a sign of things to come, we’ve got to buckle up for this week.”

It promises to be yet another classic that will keep us glued to the TV during those early mornings come this week.