Dustin Johnson’s return to world No. 1 has given the American added confidence in making US Open history at Shinnecock Hills this week.

Johnson, who spent 64 straight weeks at No. 1 before getting passed by Justin Thomas, made just one bogey on Sunday and holed out for an eagle on the final hole to card a 4-under 66. He finished at 19 under, six shots clear of fellow American Andrew Putnam.

No player has ever won the week before the US Open and gone on to claim the major but Johnson is aiming to break that streak.

“I mean winning this week, I think, is a bigger confidence-booster than being number one in the world,” said Johnson. 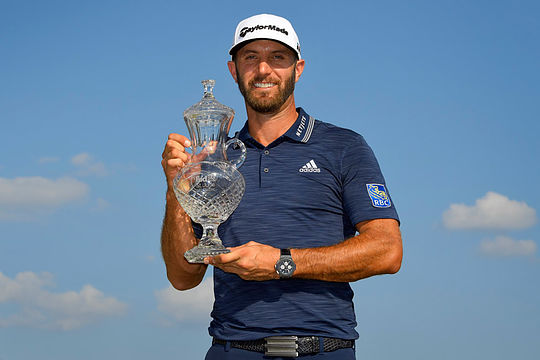 Johnson now has two wins at TPC Southwind after also winning in his debut in 2012. His latest victory moved him to seven top-10s, including two wins, for the season.

He also has yet to finish worse than T17 in a stroke-play event since last summer’s BMW Championship and he certainly will start as one of the favourites this week at the US Open.

His consistency this season has been nothing short of spectacular and his confidence remains at an all time high.

“I have high expectations going into every week,” said Johnson. “I feel like the game’s in good shape. I feel like I’m driving it well. I’m really hitting my irons well, and my wedges are really good. So I’m really looking forward to going into this week.”

Yet Johnson knows he’ll have to be at his very best for the season’s second major and is in quest for another having won his lone major two years ago at Oakmont.

Stuart Appleby finished as the leading Australian in a tie for 12th which is his best finish this season with the veteran primarily been playing on the Web.com Tour.