Embarrassing yourself on a golf course is something that always takes priority whenever anyone plays.

Yet former US Masters and British Open champion Zach Johnson had nowhere to hide and his ‘gaff’ soon went world wide – even though he was a long way from the ‘patrons’ at Augusta National.

And no-one laughed harder than his playing companions Ian Poulter and Matt Kuchar.

Simply Johnson went to tee up his ball on the par five 13th, which is well away from the crowds.

He stuck his ball on the tee and went to take a cursory practise swing.

Unfortunately he made contact with the ball which then dribbled off the tee, much to the delight of his playing partners.

“It’s OK,” said Johnson as he scampered to pick up his ball. Y’all can laugh.” 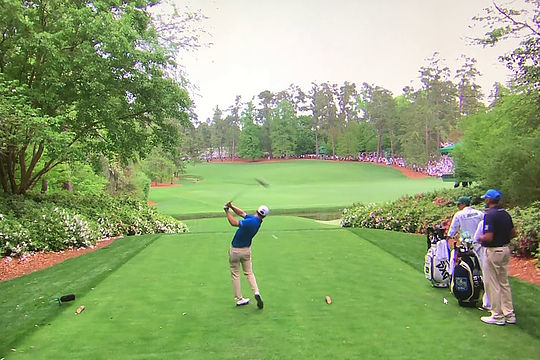 Johnson knew immediately it wasn’t a penalty – Rule 18-2 explains that because there was no intent to put the ball in play that he was free to start again.

“We were trying to hold it in,” Poulter said. “But we had to let it out. It was great.”

When Poulter was told the mistake was captured on camera and would no doubt do the rounds of social media, worldwide, he was impressed.

“I told him if it wasn’t, I’m going to be putting it on there anyway.”

For the record, Johnson went on the birdie the hole.