Johnstone calls on PGA Tour to deal with golf yobs

Golf doesn’t need them and the game is poorer for their presence.

So respected former European Tour star Tony Johnstone, who was one of several vice-captains to Nick Price in the recent Presidents Cup, has called for change. 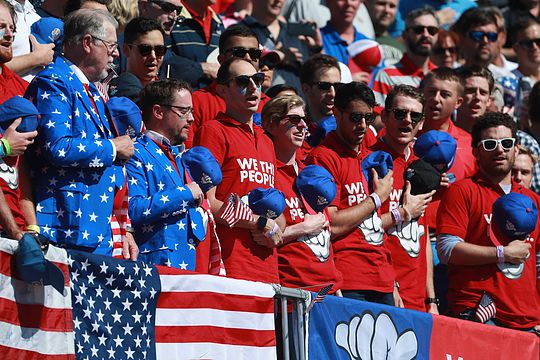 Johnstone feels the PGA Tour should look at introducing stricter measures to evict anyone causing a disturbance or affront at golf tournaments.

“Golf is one of the last bastions of sportsmanship and decent conduct, both inside and outside the ropes, and there is no place for some of the behaviour we witnessed in New Jersey,” said Johnstone.

“You want atmosphere at these big team events, and you absolutely expect patriotism.

“It’s the same in Europe for the Ryder Cup, and you get the home crowd cheering for the home players at the Presidents Cup.”

“But what you don’t get from the galleries is abuse of the opposition.”

Johnstone pointed out that it was only a tiny percentage of fans who attempted to spoil it for everyone.

“The majority of the home fans were fine,” he said.

“They were partisan, that’s to be expected, but they were appreciative of good golf and applauded good shots from both sides.”

“The crowd behaviour over the first two days was impeccable.”

“But there were incidents over the weekend that I don’t want to see again. Unfortunately, there were a small minority of yobs whose sole purpose seemed to be detracting from the pleasure of others.”

“These are probably the same idiots who go to PGA Tour events and shout “mashed potatoes” and all those other inanities, and then they rush home to watch the golf they recorded, hear their voices on the TV and immediately tell their buddies what fantastically clever people they are.”

Johnstone’s remarks came about after Australian Marc Leishman’s wife, Audrey, bravely spoke out at the actions of dozens of the clearly beer-fuelled Liberty National spectators.

“The bottom line is that golf is above that kind of yobbish behaviour. That’s always been the case, and we need to do more to keep it that way,” he said.