Matt Jones and Steven Bowditch carded final rounds of two-under 68 to share second place at the Greenbrier Classic in West Virginia behind Sweden’s Jonas Blixt, who held on for the second PGA Tour victory of his career.

Blixt finished the tournament on 13-under with a final round 67 after opening rounds of 66-67-67 for a two stroke victory over the Australians. 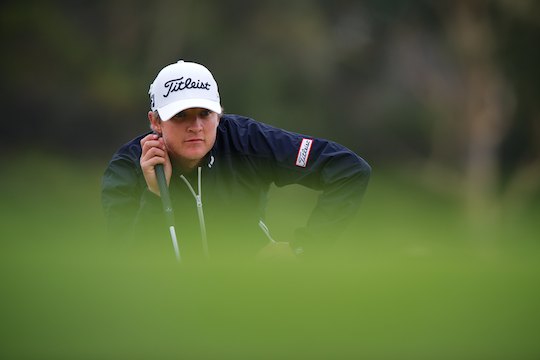 Jones had a slow start on Sunday after a bogey the second hole but birdies on the ninth, 10th and 17th took the 33-year-old Australian to 11 under overall with a final round of 68 after opening with rounds of 69-66-66.

When Bowditch birdied the 12th, his third of the day, the 30-year-old looked on track to challenge Blixt on the run home but a bogey on the 13th halted the Australian’s momentum.

Jones’ efforts are reflective of a stellar season to date on the PGA Tour with thirteen cuts from eighteen events, including two top-10 finishes. The world number 152 has amassed over US$1million this season on the PGA Tour and sits 59th on the money list.

For most of last Friday, Jones was in danger of missing the cut after three putting the opening hole to fall back to even for the tournament.

At the seventh he missed a 6-footer to save par, but over the back nine carded six consecutive birdies to end the round with a 66 and three strokes from the lead heading into Saturday’s third round.

Jones began the final round with a share of 4th position and was able to hold on to bank a US$415,800 cheque from Greenbrier, the biggest in his career after a torrid 2012 season. Last December, Jones was forced to attend Qualifying School where he finished tied 14th to retain his PGA Tour card for 2013.

At the Memorial Tournament last month Jones secured a top-10 finish with a tie for 6th position to add to his six top-25 finishes this season on tour.

Jones’ 2013 season is certainly shaping up nicely as he regains the form that has seen the 33-year-old collect US$4,571,293 in career earnings on the PGA Tour since turning professional in 2001.

John Senden finished in a tie for 30th at 5-under, along with Cameron Percy to round out the Aussies in the field.

Blixt’s victory was his second PGA Tour victory in just 10 months after he won the Frys.com Open last October.