Brendan Jones’ injury troubled season took a turn for the better this week after challenging for his first title in over 12 months at the Fujisankei Classic in Japan.

If not for a bogey at the last, Jones could have forced a playoff with eventual winner, Hiroshi Iwata, after reaching a share of the lead with a few holes to play. 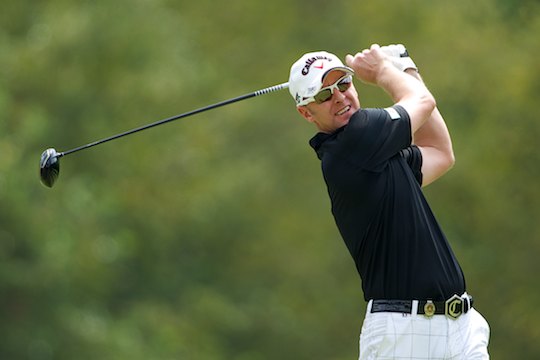 However, a bogey by the Canberra resident at the final hole and birdie by Iwata gave the Japanese player his first career win on the Japan Golf Tour.

Iwata’s final round five-under 66 gave him a four round total of 10-under par, a shot clear of Korean In-Hoi Hur with Jones alone in third place at 8-under after a final round of 67.

Jones’ close shave would have done much for his confidence in his fourth tournament back from a second bout of wrist surgery earlier in the year.

A solid tie for 15th at the Fiji International last month was followed by a missed cut at last week’s KBC Augusta tournament, however the 13-time Japan Tour winner improved on every round last week and will look forward to the remainder of the schedule in Japan with a dozen tournaments still to play.

WA’s Scott Strange was the next best of the Australians in tied 17th position at even par with Adam Bland a shot back in tied 21st.

The Japan Tour returns to action in two weeks time at the ANA Open at the Sapporo Golf Club in Hokkaido.