Journeyman pro pulls off miracle eagle to save job

You’ve likely never heard of Jim Knous and there’s a good reason for that. The 31-year-old has never won on the PGA Tour or Korn Ferry Tour despite a few close calls.

But for Knous’ family, it’s not about the private planes and mansions in Florida, his results simply mean the difference between having a job on Tour or not. 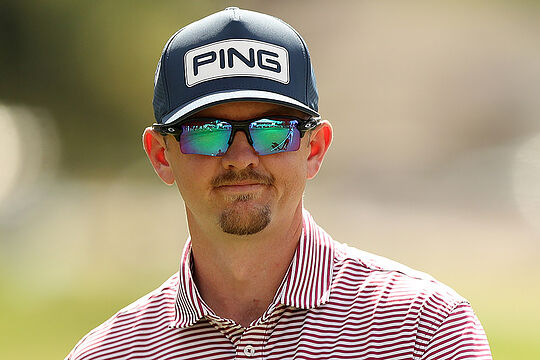 So coming into last week’s Bermuda Championship, Knous had the weight of the world on his shoulders. He was teeing it up in the last tournament start of a major medical extension and anything less than an outright 67th finish or better would result in the Colorado-native losing his card.

Things didn’t look good following an opening round of 76, which included seven bogeys in the space of his first eight holes. To his credit, he came out on Friday and reeled off six birdies and a career-saving eagle at the 18th hole to make the cut by a single shot.

“The pressure’s immense. I’ve just dealt with it for two years now. It’s just been weighing on me. It’s tough for my family. An injury, it was hard. I’m just proud to be fighting on and have my family’s support. It means a lot to me.”

After firing a 69 on Saturday, Knous was sitting in 56th place but couldn’t afford to make too many mistakes. A nervous opening nine holes saw him rack up four bogeys across the first eight holes but four birdies on the way home earned him a 57th place and enough FedExCup points to earn his PGA Tour card.

“The emotions were going crazy today. I was running through all the scenarios in my head, which is exactly what you don’t want to do,” said Knous, who will have conditional membership on the PGA Tour and full membership on the Korn Ferry Tour for the 2021/22 season.

“I’m going to celebrate with my caddie and my friends tonight and then my family when I get home. Obviously with conditional status, the ones I get in I have to be ready, and I plan to be ready and go low and have chances.”