Jumbo destroys his age in Japan

The name is familiar, so too are the scores next to his name if you’ve been a follower of his career over the decades.

A 9-under par 62 is a great score anywhere, anytime, but especially when you double check the records to confirm that Masashi “Jumbo” Ozaki really is 66-years-old. 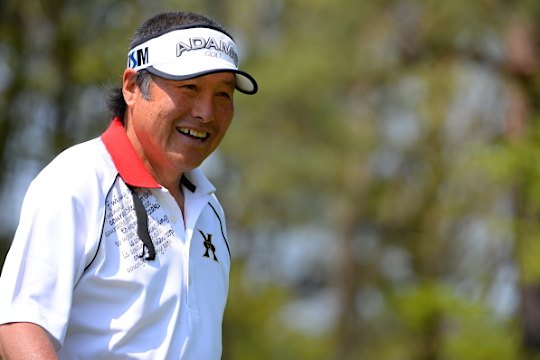 The legend of the Japan Golf Tour tore apart the Yamanohara Golf Club on Thursday in the opening round to take a three-shot lead at the Tsuruya Open.

The scary part is that there were also two bogeys on his card, including one on the last that robbed him of a chance to tie his career-low round.

Ozaki’s round included nine birdies, two bogeys and an eagle on the par five 17th hole.

“Shooting my age is not something I try to do,” Ozaki said after the round. “But if you can’t shoot 6 under or 7 under when you play good golf, you don’t belong on the tour.”

Ozaki notched his first win on the Japan Golf Tour in 1973 and his last in 2002, winning on 93 other occasions – the highest in Japan Golf Tour history. He was inducted into the World Golf Hall of Fame in 2011.

After shooting a second round 72 on Friday, Ozaki was still in the outright lead and looking at weekend action for the first time since 2011.

More importantly, he is two good rounds away from one of the most remarkable wins in the game’s history.