Australia’s Minjee Lee has secured a third place finish in the first tournament back on the LPGA Tour schedule since February, finishing three strokes behind eventual winner American Danielle Kang at the LPGA Drive on Championship in Ohio.

Kang closed with a 2-under 70 and held on for a one-shot victory over France’s Celine Boutier. 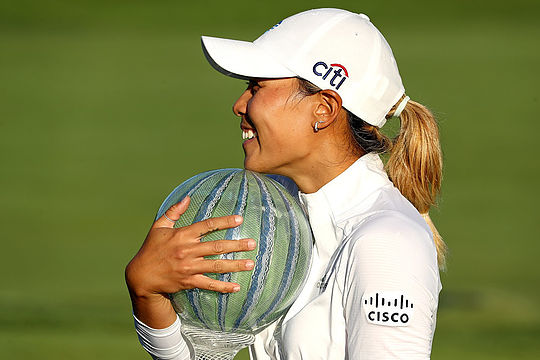 “I made sure I played golf as much as I did normally, not because I had to but because I wanted to,” said Kang.

Kang, who won the US Women’s Amateur in 2010 and 2011, continues an impressive stretch recording her fourth win, one in each of the last four years. Sunday’s victory moved the 2017 KPMG Women’s PGA Championship winner to No. 4 in the Rolex Rankings.

The Drive On Championship was not on the schedule when the LPGA Tour season began, but after nearly six months of inactivity due to COVID-19, the LPGA Tour worked with several corporate partners whose events were cancelled by the virus and put together an event in just a matter of weeks.

Lee, 24, recorded her 49th career top-10 and her best result for 2020, having finished in a share of 25th position at the Australian Women’s Open earlier in the year.