Karis Davidson has strengthened her chances of playing full-time on the LPGA Tour after advancing to Stage II of Qualifying School in Florida.

Davidson, a regular on the Japan Ladies Tour, closed with successive rounds of 72 and a tie for 25th, three shots inside the cut-off line to be the only Australian player to move to the next stage. 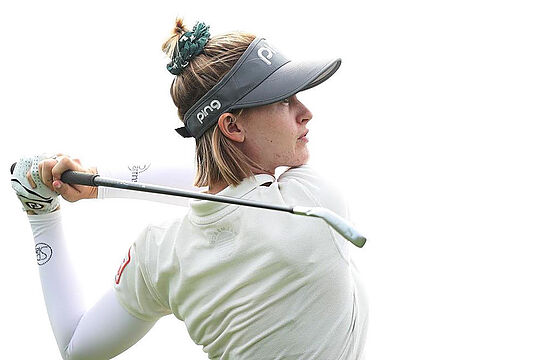 The result sees her starting in the LPGA Tour Q-School final starting 29th November, a two-week cumulative tournament that will award the top-45 finishers with playing rights on the LPGA Tour in 2022.

Former world No. 1 amateur Pauline Roussin-Bouchard fired a bogey-free, 7-under par 65 to finish at 19-under-par on the Bobcat Course at Plantation Golf & Country Club and marking the Frenchwoman as a favourite to progress in the upcoming finals.

A total of 47 players finished 3-under par or better, with exactly 45 eligible to advance to LPGA Q-School finals including 19 individuals that began the Q-School process at Stage I in August.

Qualifying schools on any tour are filled with tales of heartache and former US Amateur champion Gabi Ruffels would be feeling the pain after failing to advance by a single shot.

Ruffels, who grew up in Melbourne, began the final round in a share of 30th position and was cruising along nicely in her final round moving to 4-under before carding a triple bogey on the 16th hole followed by a bogey on the 18th to finish 1-over giving her a 2-under-par four round total, dashing her chances of advancing.