The abandonment of the final round due to severe fog has provided 42-year old Shingo Katayama with his second Taiheiyo Masters tournament victory in Japan at the weekend.

Katayama had shot a third round 70 to finish the 54-holes at 14-under par, one stroke clear of Thailand’s Thanyakon Khrongpha with two-time Masters champion Bubba Watson alone in third a shot further back. 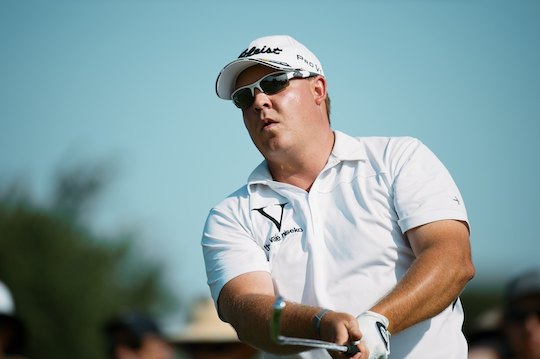 The trio were tied after 36 holes at 12-under and with two strokes separating them, a tense final round was anticipated before Mother Nature intervened.

Katayama had been knocking on the door for his first win of the season with four top-ten finishes in his last six events. His second Masters title was the 29th of his career on the Japan Golf Tour dating back to 1998.

NSW’s Kurt Barnes shot a ‘final’ round 67 to tie Thailand’s Prayad Marksaeng for 12th place at 9-under and take the leading Australian honours for the week.

Queensland’s Brad Kennedy tied for 44th place at 2-under, ahead of Adam Bland who tied 48th, Scott Strange T52nd and Won Joon Lee tied for 60th.

Japan’s leading player, Hideki Matsuyama, returns to defend his title at the prestigious Dunlop Phoenix event at the Phoenix Country Club next week.

Seven Australians are in the field, bidding to become just the second Australian winner of the title since Graham Marsh in 1976.