Kato in front at Tasmanian Open

Ricky Kato fired an opening round 67 and sits one shot ahead of John Cassidy, Geoff Drakeford and Brady Watt at the Tasmanian Open at Country Club Tasmania.

Gordon Stevenson is in outright 5th position after a 2-under-par, 69, with Brett Drewitt, Nathan Gatehouse, Ryan McCarthy and Dean Van Kampen in a tie for 6th position after opening with 70. 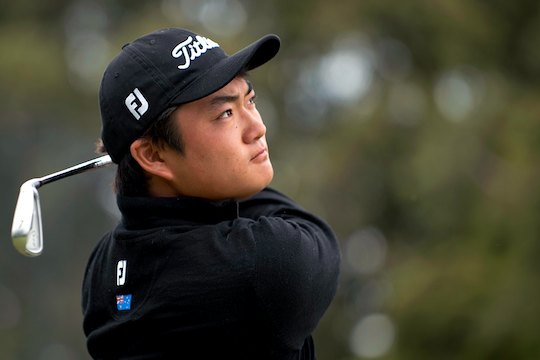 Since emerging from the junior ranks, Kato has established himself quickly with victories at the Harvey Norman Junior and top-15 finishes at the recent Lake Macquarie and NSW Amateur.

Based out of Cammeray Golf Club in Sydney and playing the top-order position for Bonnie Doon in the Sydney Major Pennant series, Kato is a player to watch.

At the 2012 Australian Amateur he progressed to the quarter-finals, only to have his run cut short by eventual winner, Germany’s Marcel Schneider.

Matt Stieger, the defending champion at the Tasmanian Open, has withdrawn citing the need for some rest, with his return date to major amateur competition for the 2011 Australian Amateur champion unknown.

Queenslanders Cameron Smith and Daniel Nisbet are also not competing in Tasmania, electing to take an invite to play this week’s Queensland PGA Championship in Toowoomba.

Zunic and Bringolf have featured well this season, including solid results at the Australian Amateur.

Sinnott started the season with a win at the Dunes Medal along with a top-5 finish at The Master of the Amateurs and was in the top-16 at the Australian Amateur.

Despite a top-10 finish at the Master of the Amateurs in January, McCarthy has struggled a little this year. The Tasmanian is in need for a solid finish and would love nothing better that to claim his state open again in a show of return to form.

The cut will come in with the 60 lowest scores plus invited interstate national players following Friday’s second round.

Last year, Stieger secured a wire-to-wire victory at Kingston Beach, bolting from the field on his back nine to record a seven-shot victory over Brett Drewitt with a 13-under-par total for his first national selection event title before going onto win the Australian Amateur.

Former winners of the Tasmanian Open include Geoff Ogilvy, Brendan Jones and Mathew Goggin who claimed the title during the nineties.