Both players completed their rounds in four-under 70s on a day of heavy showers that saw tee times delayed. In fading light, Kemp and Cheng returned to play the 18th hole which was illuminated by the headlights of as many spectator cars that were available. 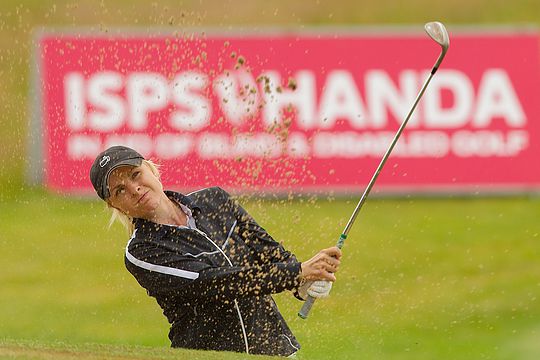 When the deadlock was not broken at the first attempt, Kemp and Cheng were declared joint winners and earned $3,750 each. Qld’s Bree Arthur and American Hannah Collier tied for third at three-under 71.

“It is great to get back in the winners’ circle, for sure.” said Kemp, who had not won in Australia since 2010/2011. “I have been playing some very solid golf the past few seasons without getting across the line so this is a real confidence boost heading into the season.”

A graduate of Pepperdine University in the United States, 21-year old Cheng only turned professional in December. To win is a tremendous early boost to her career and almost certainly guarantees a start in next month’s RACV Ladies Masters on the Gold Coast.